We all love the taste of bacon, and now there’s an easy way to baconify just about anything.

Yes, friends, Bacon Salt is upon us and it’s as delicious as it sounds.

Bacon salt, which incidentally is zero-calorie, vegetarian, and kosher, is a magic new seasoning that adds the salty, porky taste of bacon to all your favorite foods.

I recently received samples of all three varieties – hickory, peppered, and original, and have been putting them through their paces the last few days.

So far I’ve found it to be good stuff. I’ve tried it on hamburgers, spinach salad, soup, breakfast tacos, and grilled cheese sandwiches. The only thing it turns out not to be good in was coffee (not surprisingly). By far the most unexpected goodness I discovered was “bacon popcorn”.

Notably interesting is that the guys behind this great invention funded the company on prize money from America’s Home Videos. Only in America, I’m so proud…. (sniff).

Seriously, this is good stuff. I’m bringing some to the office, nothing makes leftovers and cheap microwave dinners palatable like a little bacon. You can buy some for yourself on Amazon. 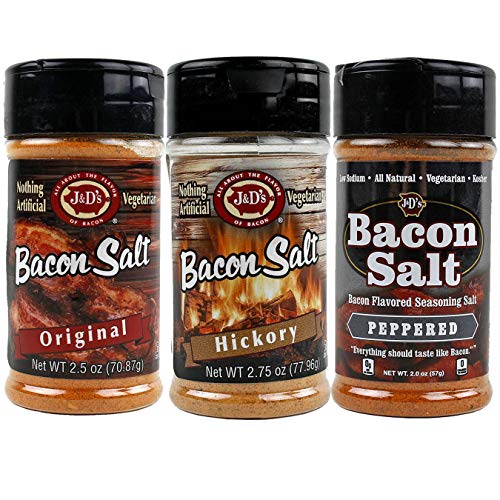 Chris Johns is the founder of Rock's Barbecue® and has been an avid barbecue fan for over 20 years. His mission is to make grilling and smoking the best food possible easy for everyone. And each year, he continues to help more people with grilling, smoking, and barbecue recipe recommendations. 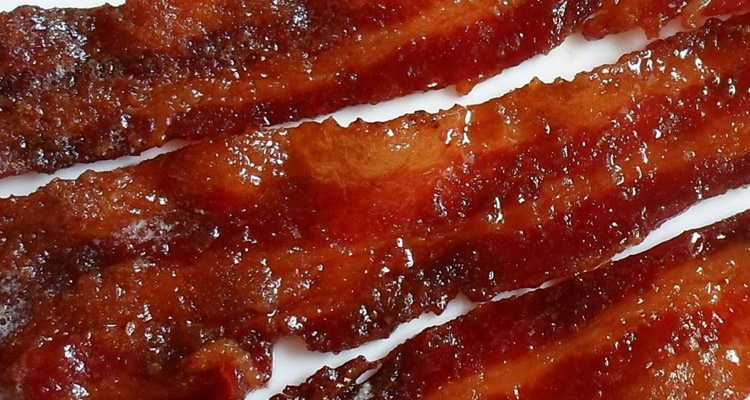 Pig Candy Recipe for the BBQ

How can you not want to learn more about a recipe called “Pig Candy”? No, it’s not candy for pigs, it’s candy made from pigs. Or rather bacon.